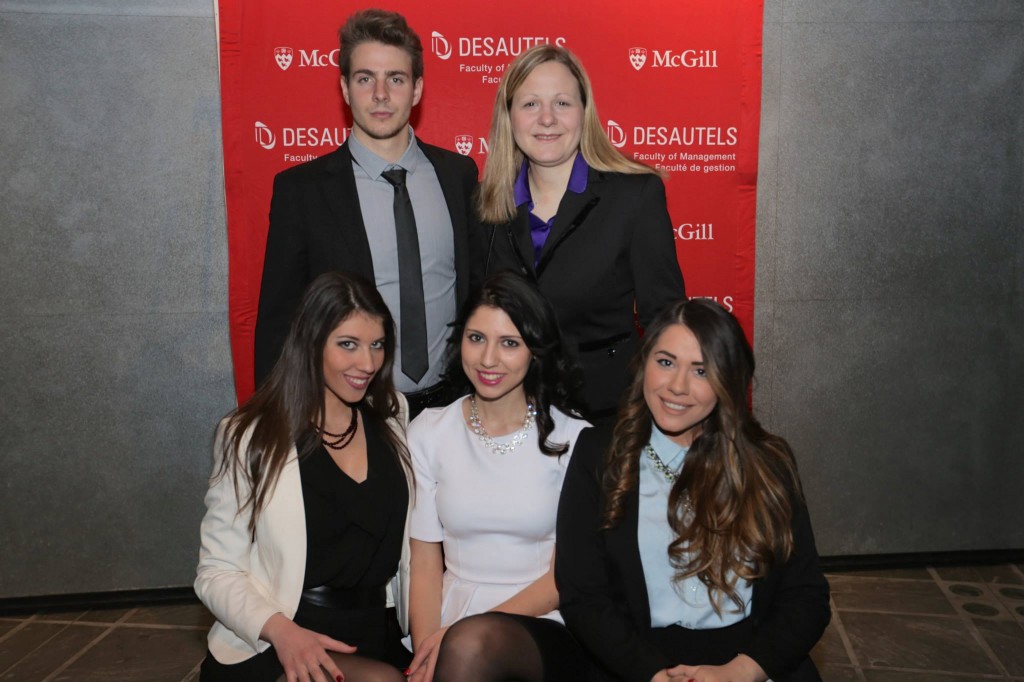 At the McGill Management International Case Competition (MMICC 2014), held in Montreal from 17 to 23 March, 2014, Iva Mišović, a student from FOS won first place as part of an international team of colleagues: Jaylen Gadhia (McGill University), Natalie Riemer (Wharton School) and Alynpim Kiriyapong (BBA Thammasat University). Students from FOS Kristina Petrić, Katarina Mirković, Ivana Ilić and Lazar Đelić with their mentor professor Vesna Damjanović won fourth place. Students solves the case study for 32 hours and had to give a proposal for the company’s growth strategy for Saputo, engaged in the production and sale of dairy products. In 2012 and 2013, the students from FOS were second in the McGill Management International Case Competition. More information about the contest can be found at: www.mmicc.org.