Twelve universities from around the world competed at BI International Case Competition during the week from 12.02-18.02.2016. Students solved a case study for Norwegian company Hydro, best known as an aluminum producer. The task of the case study was to identify strategic directions of development for the company Hydro until 2020, with an emphasis on sustainable development. Our team proposed three strategies: the first that is related to the development of a system for recycling aluminum in Germany, the second related to the application of new technology in the factories, and the third oriented to sustainability and innovation. 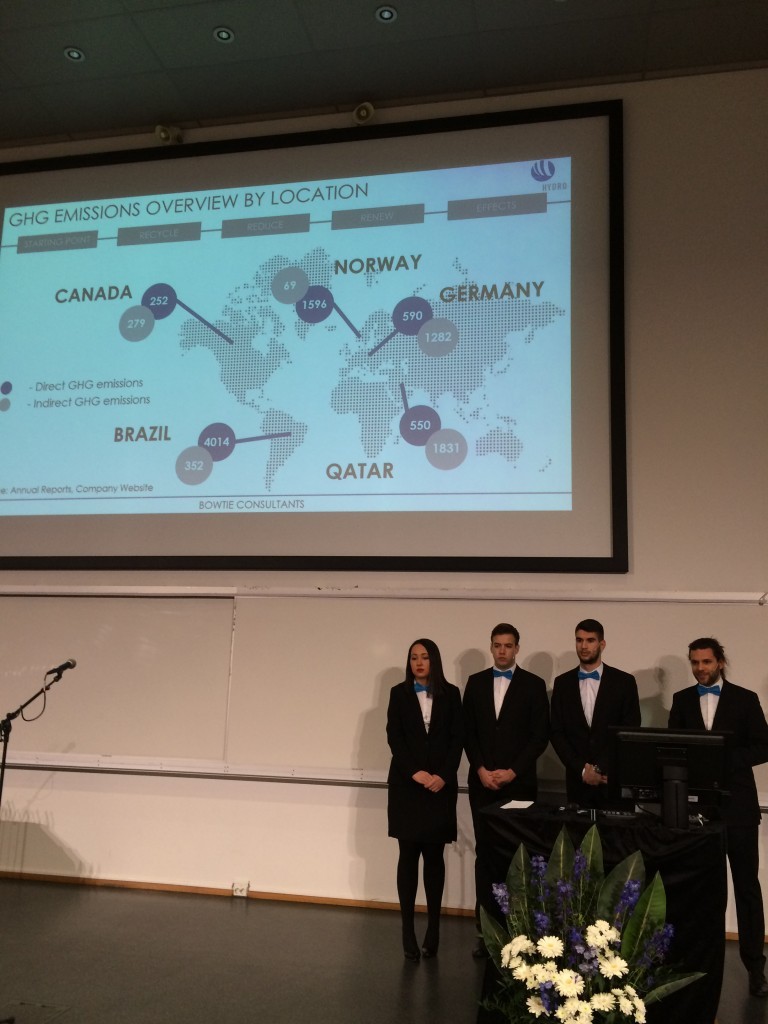 Students that represented Case Study Club and FOS were praised for excellent presentation skills, energy, teamwork, understanding the market and the region of Norway, a strategic approach to solving a task and a great argument for a proposed solutions. They also received great feedback from jury members, company representatives, and mentors from other universities.

Additional information can be found on http://www.bi.edu/study/bi-international-case-competition/.